Nostalgic atmosphere, history, memories of grandma…. All this is offered to the visitor by Design Museum Iittala that opened the doors to the public already 50 years ago.

In 1971, in honor of the 90th anniversary of the glass factory, a new museum, the Iittala Glass Factory Museum, was opened. The old barn of the Orvo farm owned by the glass factory was chosen as the museum building and was renovated into a museum according to the plans of architect Juhani Kivikoski. For the locals and tourists of that time, the modern extension of the building with glass walls has been an attraction itself.

The museum has several exhibitions, the largest of which is the basic exhibition presenting the history of the glass factory, from the beginning to the present day. Many people find familiar objects in the exhibition, saying “We have these glasses at Grandma’s” or “Mom, don’t we have such a vase at home too?”.

Upstairs in the museum, the visitor can get acquainted with the different work stages and tools of glassblowing. The exhibition, which was originally meant to be a short-time exhibition, has been so popular that it has already become a permanent part of the museum. Only Kalle Kuuppa (Larry Laddle), a glassblower made of glass, who “guarded” the exhibition in the early years, has moved from the museum to other positions.

Upstairs, you can also see some art glass objects of the Nuutajärvi glass factory and explore Hackman’s old cutlery.

In addition to admiring the glass objects, many museum visitors marvel at the knocking noise under their feet and look at the floor and ask, “Is this floor really made of loose blocks?” “Yes, it is.”, replies the museum guide and continues “Such a floor has been also for example in metal workshops in the past. There, small pieces of metal have fallen between the blocks, fixing them together over time.”
The story goes that small wooden blocks have been stacked on the museum floor throughout the summer. Have you ever wondered how many wooden blocks there are on the museum floor in total? The museum guide knows the answer to this question as well.

In honor of the anniversary, an exhibition Iconic works and makers of Finnish glass art, curated by the Finnish Glass Museum, will open on May 7, 2021. The exhibition offers an overview of the post-World War II period in the history of Finnish glass design, highlighting objects that have become icons and their creators. There are both works of art and utility glass from the production of the glass factories in Iittala, Nuutajärvi and Riihimäki. 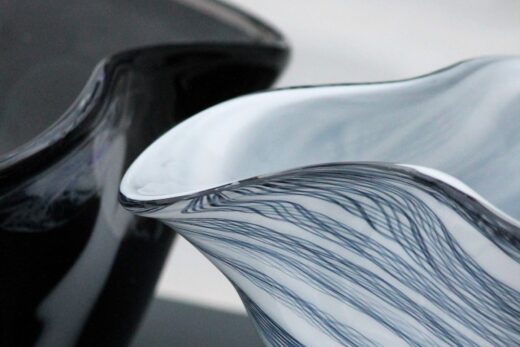 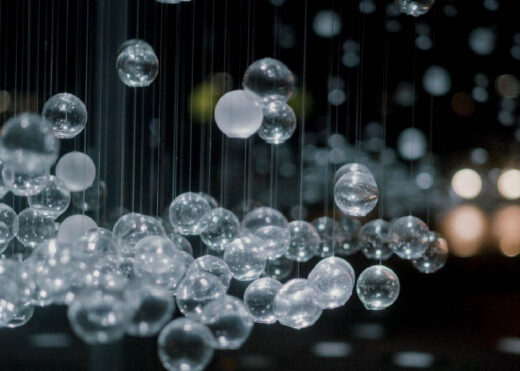